For Spinal Muscular Atrophy (SMA) awareness month we asked some of our members about living with their condition – Nina tells us about her moving to America with her husband, daughter and cat and groups she’s been part of, such as the Teesside Muscular Dystrophy Group!

I’m 37 year old, born and raised in Middlesbrough and now living in America with my husband, daughter and cat. I have SMA type 3 – was diagnosed when l was 4 years old and became a permanent wheelchair user at 11 years old. My hobbies are listening to music, karaoke, playing pool , doing jigsaw puzzles and addicted to diamond painting and traveling to new places.

1. What are some of the challenges you have faced?

When going to new places or invited to go to a friends/family house, always got to ask if it’s wheelchair accessible and decide on which wheelchair to take electric or manual. Some occasions l can’t go due to no accessibility.

After having my C Section Maternity Ward Nurses weren’t trained in handling someone who can’t walk at all, l had to train them on how to use the manual hoist, to lift me out of bed to my wheelchair and toilet.

2. What are some of the positive impacts?

Being part Teesside Muscular Dystrophy Group provided me and my family with so much information, support and introducing us to new families and friends who had similar conditions gave me confidence that l should stay determined and have goals in life since l didn’t know anyone else in my life who had SMA or being in a wheelchair. Enjoyed doing group activities such as going to Center Parcs and doing fundraising together which helped with my social skills.

Age 13 when l got my first electric wheelchair (which was paid by fundraising through Golfing) my wheelchair joystick had a Golf ball on it and l was presented my wheelchair by one of the UK Gladiators known as Hunter- James Crossley.

Age 14 went to Derby for the Liverpool Victoria Charity Snooker challenge to represent Teesside Muscular Dystrophy Group l got to meet a few favourite professional snooker players such as; Dennis Taylor, Ronnie O’Sullivan, Stephen Henry and had a TV interview with Eamon Holmes about SMA.

3. What opportunities have you been offered/taken?

When l was in College l had an opportunity to be in a drama group called Millennium Volunteers, which meant l went to Edinburgh for a couple of days to perform in front of an audience at the Fringe Festival, the show that we created was to bring awareness about Alcohol and Drug Abuse.

My Colleague offered if l wanted to join them in Lip Sync Battle, where we all dressed up as Dolly Parton and lip synced to “Working 9 til 5” in front of 300 people who work in my building to raise money for Schreiber Center For Pediatric Development, we won 2nd place.

When l was flying out of Manchester to Florida, the plane l was meant to be on ,ran out of fuel, l had the option of sleeping at the airport hotel for free OR upgrade to first class as the layout of the plane was different to help me get on the plane. I opted to fly First Class for free.

4. What are some of your biggest achievements?

Working a full time job in America for the same company over 6 years in Banking.

Enjoyed Nina’s story? Then check out Matthew’s story in the SMA & Me series! – If you would like to share your story please get in touch with adam@pathfindersalliance.org.uk! 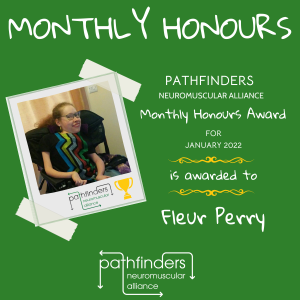 This month, our Honours go to the absolutely fantastic Fleur Perry!  As Fleur joins me for our Zoom Interview, I notice a change. Not in 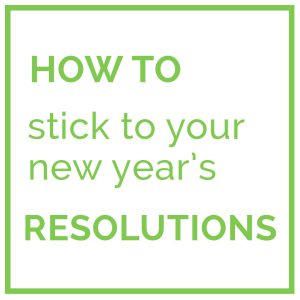 It’s all well setting your New Year’s Resolutions – but how are you going to keep them? It’s not just you who struggles to keep 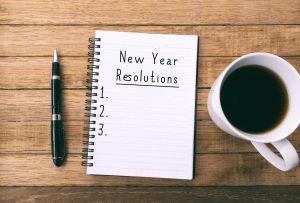 With 2022 fast approaching, do you know what New Year’s resolutions you’ll be focussing on this year? Here are five areas to consider – health, 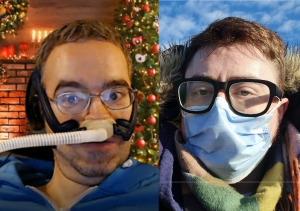 Happy Christmas! What a Year We’ve Had!

As co-CEOs of Pathfinders we wanted to share our thoughts about this year and wish everyone a Happy Christmas! Pathfinders has been working hard all year to support people living with muscle-weakening conditions.