You Can Care Week

From the 21st to the 28th of February, Pathfinders is celebrating ‘You Can Care Week’! The awareness week aims to highlight the brilliant people working in the care sector and to encourage more people to join.

This is especially important in 2022, as we recover from the pandemic and start to get back on the right track. Also, there’s as you probably know, a massive shortage of care at the moment in the UK and it’s vital that people get involved in the care industry.

Many people with muscle-weakening conditions rely heavily on support from the care sector to go about daily tasks, going out and personal care. Without this support, things would be a lot more difficult for many of us. To show the importance of care, Sanjeev spoke to his family, PAs, and care agency staff about their thoughts on what it’s like to care for someone with a muscle-weakening condition and why it’s such a great thing to be involved in.

One of Sanjeev’s PAs

When did you start in the Care Industry and was it different from what you expected?

“I started for a care agency in 2013, when I was 21, having just graduated a BSc in Computer Networking. I felt like I needed a change from Computers and didn’t know what to expect going into care, so I can’t comment on whether it was what I expected or not. However, I was surprised to find so many young people my age in need of care that I would get on with so well and had so much in common with. Just before the pandemic, at the beginning of 2020, I started as a PA for 2 of the young people I had been working with for years.”

Why did you decide to be a PA and what are the main differences?

“I initially had no plan to become a PA, but since changing care companies along with the service users that I had been working with, was approached with the opportunity of permanent, regular shifts as a PA for said service users. The chance at regular, permanent shift patterns where I would always know when I was working sounded great. The main difference between PA and agency is that in the latter, you are a member of a team with a boss, duty managers, etc that are always there to help if you need them, which can be great when starting in the field. However, the rotas can be inconsistent meaning your work pattern can be all over the place from time to time. As a PA, you are almost self-employed, and you can arrange your working week with the service user to suit you both meaning you’re working pattern is permanent. “

What do you think is the most common misconception of the care industry?

“In my opinion, the most common misconception is that anyone out with the care industry assumes that the job is predominantly looking after the elderly and dealing with their personal care either in a care home or at home, they also assume that you would do multiple visits each day lasting only 10-30 minutes each. I quickly learned that this wasn’t the case and instead, I built friendships that are still going 9 years later. “

A member of Sanjeev’s family

What sort of role do you take in Sanjeev’s care?

“When it comes to Sanjeev’s care, we support him when he doesn’t have support hours from his PAs or agency staff. The care support Sanjeev receives means he can be more independent and doesn’t have to be with his parents all the time although it’s great to spend time especially on Sundays when he doesn’t receive any care hours.”

What do you think about Sanjeev’s PAs and care staff?

“I think it’s brilliant that Sanjeev can live an independent lifestyle with the support of us, but mostly the support of PAs and care agencies. It means he can live his own life and make his own decisions about what he wants to do generally as well as day to day, whether that be going to the pub or deciding to wake up at 12pm…”

One of Sanjeev’s Agency Staff

When did you start in the Care Industry and was it different from what you expected?

“I’ve been in this industry just approaching 8 years and it’s the longest I’ve had the same job. It was different because a lot of people who aren’t involved in this line of work (myself included) are naive to what is involved and everyone’s capability. I mean that with no disrespect of course. Every day I am making a difference in someone’s life, assisting them to reach and achieve goals and dreams. Assisting with everyday tasks which to others might seem like nothing but to someone else might have seemed impossible. Being able to help with these every day feels like such an honour.”

What would you say to someone who is unsure if they should become part of the care industry?

“I’d say if you’re unsure about going into the care industry don’t think about it any longer, just do it. There’s not one day the same in this sector and you get to meet some of the most wonderful and interesting people you’ll ever meet. Going to work for me doesn’t feel like work, feels like going to see me, friends.”

Learn more about ‘You Can Care Week’ here 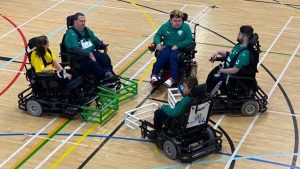 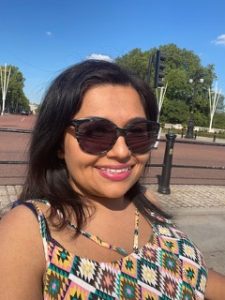 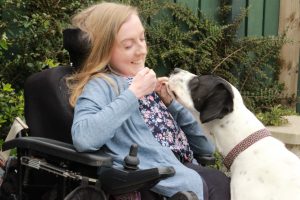