Georgie is a regular on the UK stand up circuit. Known for her own brand of gossipy humour mixed with disabled banter has made her one of the UK’s most exciting acts in comedy at the moment. Georgie has performed three solo shows, A Poke In The Eye, The Morrell High Ground and Eyecon, at the Edinburgh Fringe. A Poke In The Eye transferred to Soho Theatre.

Georgie is a regular presenter for RNIB Connect Radio and an Ambassador for The Wilberforce Trust.

“Georgie Morrell burns with fire and light.”-Whats on Stage

“Georgie Morrell has the perfect mix of feistiness and resignation” ★★★★The Reviews Hub.

Richard first performed at the Edinburgh Festival Fringe in 2017 and his debut full-length solo show, Right Hand Man was a great success and saw him rated second in Dave’s Top Ten Funniest Jokes of the Fringe 2019. He has entertained audiences in some of the UK’s best loved venues and Festivals including the Great Yorkshire Fringe, Roar Festival, Bedfringe, Camden Fringe, Shaftesbury Fringe, Guildford Fringe, Battersea Arts Centre, and Hope Mill Theatre.

Richard was diagnosed with Poland Syndrome as a child and is often interviewed about his experiences of body dysmorphic disorder and mental health conditions.

His NextUp special was released on 30th April 2021 to coincide with Poland Syndrome Awareness Day. Richard is an Ambassador for PIP UK.

Lee Ridley (aka Lost Voice Guy) is the first stand-up comedian to use a communication aid.

Lee won Britain’s Got Talent in 2018 and the BBC New Comedy Award in 2014. Lee’s other credits include Britain’s Got Talent: The Champions (ITV), America’s Got Talent: The Champions (NBC), Comic Relief (BBC One), Live At The Apollo (BBC Two), The Royal Variety Performance (ITV), The Last Leg Of The Year (Channel 4), Comedians Giving Lectures (Dave), Jerk (BBC Three) and The Now Show (BBC Radio 4). Lee has co-written three series of Ability (BBC Radio 4) which he also stars in. They were shortlisted for Best Radio Comedy in the 2019 Writers’ Guild Awards and Best Scripted Comedy in the 2019 BBC Audio Drama Awards. 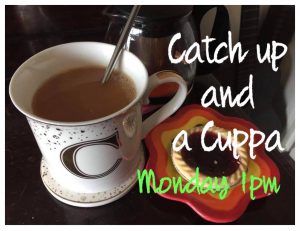 Mondays at 1pm on Zoom

Do you miss visitors or popping in to see friends? Pop the kettle on and log on to our virtual coffee morning. It’s not a quiz, webinar or an online course – just time for a chat about anything and everything. We’ll be around every Monday for you to drop in – cake is optional! 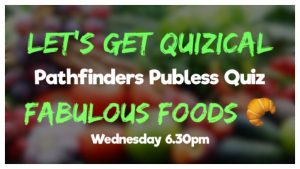 Wednesdays at 6.15pm on Zoom

Our weekly quiz with multiple choice answers to be played on a tablet, phone or laptop/PC. Using the myquiz site – you just need the link. For those that want to we will be running a zoom meeting alongside the quiz which we will start at 6.15pm.